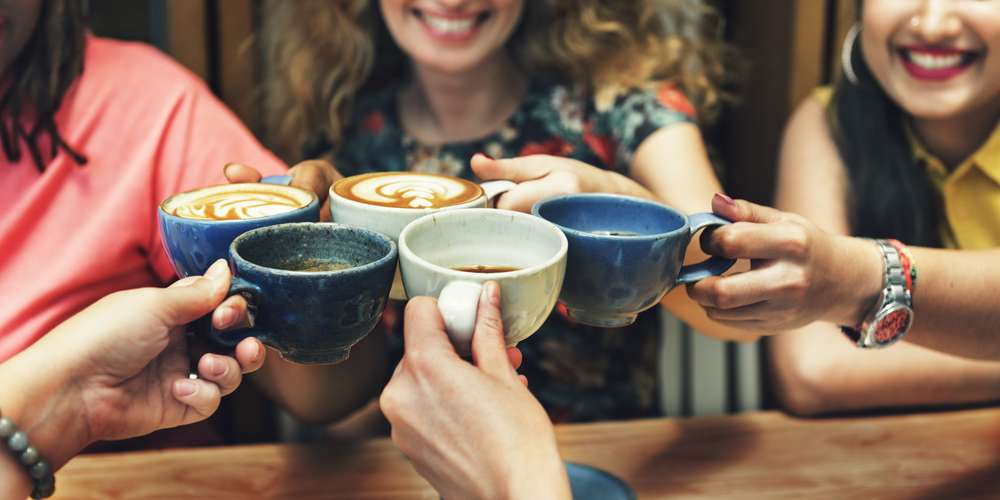 “Picture you upon my knee, just tea for two and two for tea, just me for you and you for me alone.” –“Tea for Two” by Irving Caesar and Vincent Youmans There are two types of people: coffee lovers and tea lovers. Sure, many probably like both but usually prefer just one. What’s your favorite? Teatime is a huge deal in the United Kingdom; what is known as High Tea is an elegant habit that many make time for every single day. The meal consists of tea, of course, and a light snack around three or four o’clock in the afternoon, to tide one over before dinner in the evening. This tradition originated in the mid 1700s and had proper rules set in place.

“Tea to the English is really a picnic indoors”
– Alice Walker “You can never get a cup of tea large enough or a book long enough to suit me.” – C.S. Lewis

Let’s Have a Tea Party! When we think of tea parties, we inevitably think of a beloved children’s pastime. Tea sets with mismatched saucers and cups, a table surrounded by stuffed animals all drinking “tea” (there’s usually just water in the cups and pot or nothing at all), and images conjured from Lewis Carroll’s “Alice in Wonderland.” There’s nothing more playful or fun than imagining tea with the Mad Hatter. Of course, as adults, tea parties should still be had! This time, you can have the real stuff and an elegant, matching tea set.

“I have measured my life in coffee spoons.” – T.S. Eliot Coffee is so much more than a drink; it’s almost like a hobby. It’s been enjoyed since 800 A.D.! Of course, most all of us need caffeine to run our busy lives and to spring out of bed in the morning. Did you know that coffee was once banned and was actually punishable by death if one was caught drinking it! In the 17th Century in the Ottoman Empire, it was believed that coffee had mind-altering effects! How do you prefer your coffee is probably the most probing question today. Cream is actually supposed to keep coffee warmer for slightly longer (as opposed to black coffee). What sort of pot/espresso maker do you use? A drip pot like Mr. Coffee, an old-fashioned percolator, a French press, or—God forbid—Instant coffee?! Do you go out for your daily cup at Dunkin’ or into a fancy café with designs in the foam? If you’re lucky, you probably own a highly coveted space age object from Williams Sonoma! In recent years, there’s been the rise of iced coffee, cold-brewed, the Frappuccino, and, of course, Starbucks. Suddenly, a cup of coffee became a sort of statement in a to-go cup with a mermaid logo. Fun coffee facts are always trending, however. Beethoven apparently loved coffee, while Mecca banned it during the 16th century because it was believed to encourage “radical thinking.”

“Three hundred years ago, during the Age of Enlightenment, the coffee house became the center of innovation.”  ― Peter Diamonde

For more fun information on coffee, visit the link below: